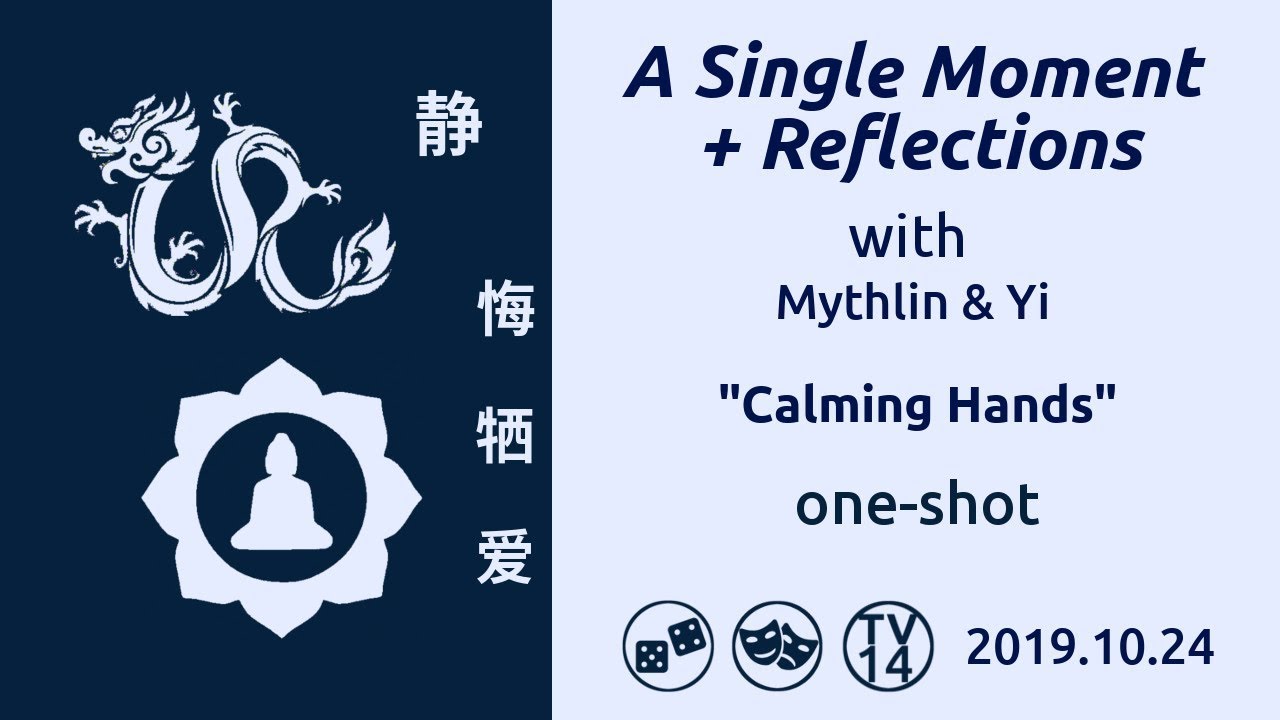 Rules:
(the wuxia playset is in

footnotes:
* Internet connection was unstable at times, so some lines might sound strange or awkwardly cut.
* I misremembered several rules, but deliberately wanted to use the finale dice roll mechanic from Reflections ( because it’s just faster (we were short on time).
* This web interface is custom-built. It doesn’t completely automate all the game mechanics yet, but it’s handy to combine both a character keeper and dice roller in one pageview.
* NPCs mentioned: Bai Feng (technically I shouldn’t have decided on this NPC’s fate because the other player was the Active Player for that turn and should be in control of the key role they introduced, but I was going off of their narrative foreshadowing of “tragedy later that night”)
* I couldn’t think of how 师傅 (not necessarily master/teacher in this context) is translated, so I just said Sir Monk. The other player has read more English wuxia/xianxia stuff than I have, so I’m learning a lot from their word usage. “No wastrel under a famed name” is either 名将之后 or something like 虎父无犬子. And his knowledge of translation of Buddhism terms are really helpful.